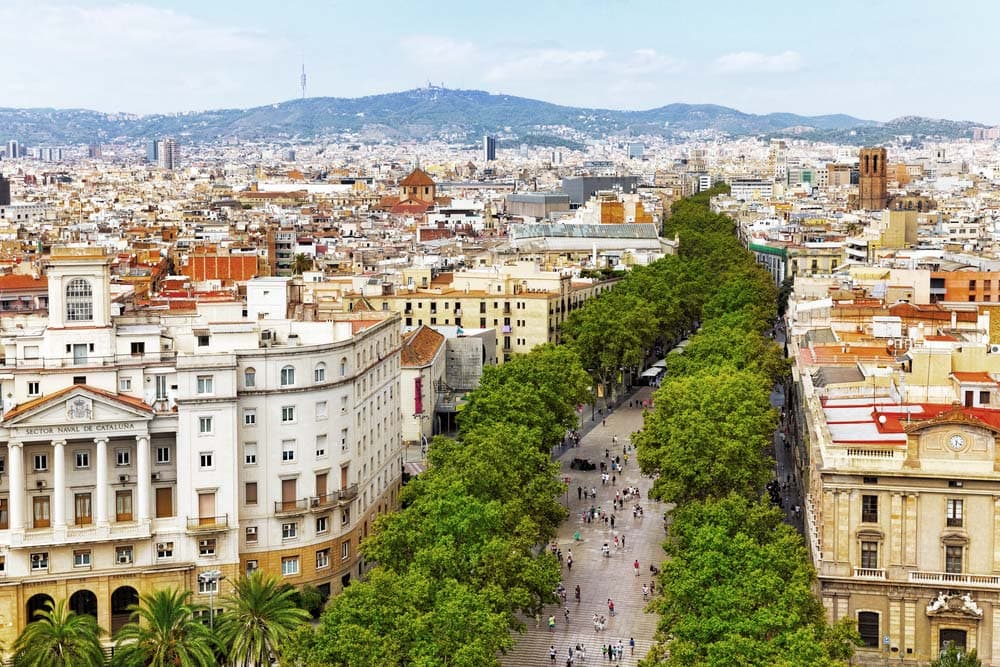 The Ramblas of Barcelona

The Ramblas of Barcelona

Surely one of the most famous streets in the world.

A Rambla is nothing more than a wide avenue with trees and a central platform. There are endless ramblas throughout Barcelona and throughout Spain but surely La Rambla de Barcelona is the most famous and emblematic among them all.

La Rambla de Barcelona is one of the main streets of the historic center of the city, it has 1.3 kilometers of extension connecting the Plaza de Cataluña with the Port Vell, the old port of the city.

Actually La Rambla de Barcelona is formed by five different Ramblas, each one has a specific name and some peculiarities, for this reason it can also be called by the name of Las Ramblas de Barcelona.

Starting from Plaza de Cataluña, the first section is called Rambla de Canaletes because in this area is located the famous Canaletes fountain. Legend has it that “he or she who drinks his water will return to Barcelona”, thus being a mandatory stop for all who visit the city for the first time.

Next is La Rambla de los Estudios, currently in this section you can find the traditional Poliorama Theater, well known for the dissemination of Catalan culture and also for locating the most famous flamenco shows in the city produced by the company Barcelona y Flamenco.

The third section, La Rambla de las Flores, is surely one of the most colorful and aromatic sites of the city. In addition to various shops with all kinds of flowers, the Boqueria Market is also present, the most representative of the city: a mandatory stop and an excellent opportunity to pause and enjoy some tapas and a glass of wine.

The penultimate route of the Ramblas, La Rambla de los Capuchinos, has important attractions of cultural interest: the Gran Teatro del Liceo, the Güell Palace and the Plaza Real. At the end of the tour there is La Rambla de Santa Mònica, the widest stretch of Las Ramblas in Barcelona, ​​an area full of restaurants, cartoonists and the famous human statues, from where you can already see the Mirador de Colón and Port Vell.

If you are planning a visit to Barcelona reserve a few hours to get to know La Rambla. Coming to Barcelona and not passing through Las Ramblas is a capital sin.